On Tuesday, Jaguar Land Rover lost a dear friend and passionate lifelong advocate, Michael Cook, to pneumonia at the age of 85. Mike had a storied career in advertising and public relations for a murderer’s row of British brands: Rover, Land Rover, Austin, MG, Jaguar and his beloved Triumph. He retired from Jaguar as Director of U.S. Public Relations in 1991.

Up until this very week, Mike had been a constant, determined and cheerful fixture at the Jaguar Land Rover North American headquarters, running our JLR U.S. historical archives department, which he created with Karen Miller in the 1980s. For many of those years, Mike ran the Archives department like a car makers’ skunk works operation: he was going to keep it going whether anyone officially knew about it or not. Mike personally kept the Rover and Land Rover (and Triumph) archival material at his home before anyone in the company ever thought it might be something we needed. Is there a stronger word than dedicated?

A visit to the Archives or an email exchange with Mike quickly revealed the impressive depth of Mike’s knowledge and affection he had for these unique cars, and the people that made, marketed, raced and owned them.  It was always a pleasure for Mike to assist someone, and a greater pleasure to be helped by him.

In addition to his 2nd career as Jaguar (and eventually Land Rover) archivist, Mike was prominent in the Jaguar and Triumph Club worlds, and a prolific author and editor of historical publications. Did I mention he was a racer himself and publicist for numerous Jaguar and Triumph racing teams? Talk about being a “car guy”!

It’s one of those career cliches we often hear: Do something you love. Mike Cook loved working with our company and British automobiles so much that he dedicated his entire career to it. We are all honored to have worked with him, we thank him again, and we will miss him dearly.

Mike passed away peacefully, in the company of his family, with his favorite Miles Davis playing in the background. 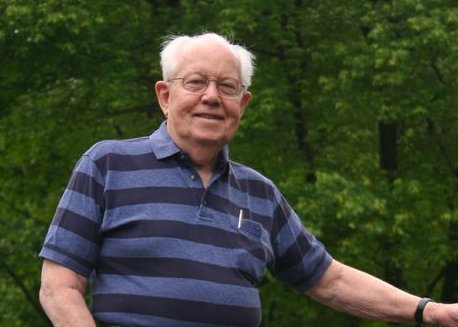 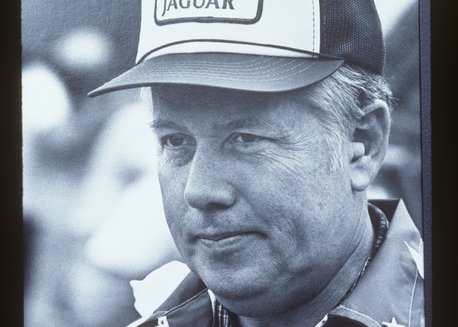 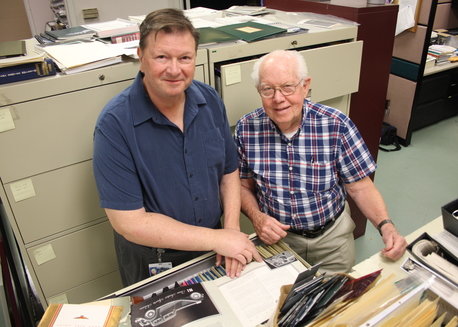 Born in Winnipeg, Canada on May 20, 1933, Michael L. “Mike” Cook grew up in Cincinnati, Ohio, where his father was an executive with Proctor & Gamble. After a series of pre-war American cars, Cook bought his first English sports car in 1958. Fresh out of college, he paid for the 1955 Triumph TR2 with a 1956 Volkswagen Beetle and $400 cash. From there, Cook’s love of British cars grew, leading him to spend the rest of his life deeply involved in the marketing and public relations efforts that made Americans fall in love with British cars.

One of Cook’s favorite product launches was for the Triumph Herald at the 1960 New York International Auto Show. Cook eventually moved up to become advertising and public relations manager for Triumph in North America. He would stay at Standard-Triumph for nine years through a series of corporate mergers which reshaped the face of the brand.

Now surrounded by sister brands of Jaguar, MG, Rover and Land Rover, Cook dedicated his life to promoting British vehicles in America. Cook continued as public relations manager for nearly a decade until the company was purchased by The Ford Motor Company in December of 1989.

During his career, Cook also oversaw all Motorsports and PR activities for the Triumph and Jaguar brands, from SCCA amateur racing to Trans-AM and the IMSA GTP program with both Group 44 and TWR racing. Cook himself also raced on an amateur level, in TR3s, Spitfires and eventually TR7s and TR8s.

Cook’s last great event prior to his retirement was the grand opening of the $25 million dollar Jaguar North American headquarters on MacArthur Boulevard in Mahwah, NJ in 1990. He hosted royal guests including Prince Andrew and Sarah Ferguson for the new building’s ribbon cutting ceremony.

Cook stayed on with the Jaguar brand through the end of 1991. But “retirement” was not in his nature. Since leaving Jaguar full-time, he published three books, “The Triumph Spitfire,” “The Illustrated Jaguar Buyers Guide” and “Triumph Cars in America.” He also updated John Dugdale’s “Jaguar in America”.

He was the editor of two magazines, Jaguar Journal until 2015 and The Vintage Triumph, until his passing, for the members of Vintage Triumph Register. Additionally, he had written a monthly column for the greatly lamented Hemmings’ Sport & Exotic Car.

Cook was also instrumental in setting up the Jaguar North American Archives (now the Jaguar Land Rover North American Archives) at the corporate facility in Mahwah, New Jersey, where he worked up until his recent illness. The archives contain the company papers, literature, thousands of images, racing memorabilia, trophies, heritage certificates, films, videos and other resources documenting Jaguar, Land Rover and all makes of British cars in America. Cook worked at the Jaguar Land Rover archives two days a week, researching answers to historical questions.

Mike Cook was a resident of Wayne, New Jersey, and is survived by his four children.