To close out the activities, Jaguar Land Rover will be hosting an evening reception that will feature the North American Debuts of the all-new Jaguar I-PACE, the brand’s first all-electric vehicle, and luxurious Range Rover SV Coupe, as well as the global debut of the all-new high performance Jaguar F-PACE SVR. The event will include a performance by DJ Hester Prynn, and appearances by VIP guests including three-time ice hockey Olympic champion Meghan Duggan. Duggan is the captain of the women’s U.S. Olympic team, who led her team to win gold at the 2018 Winter Olympics in South Korea.

“The opening of our all new headquarters in New Jersey ushers in a new era for Jaguar Land Rover in North America in which we will have growing sales, expanded model lineups, and breakthrough technology,” said Joe Eberhardt, President & CEO, Jaguar Land Rover North America. “We now have an office complex that aligns with our newest retail facilities and gives our employees an efficient and inspiring work environment. Finally, we are very pleased to continue to call New Jersey home and thank the town and state for their support.”

Situated on a 12 acre campus, the new 144,000 sq. ft. facility represents an over $30 million investment by Jaguar Land Rover and offers increased square footage, a showroom with the latest Jaguar and Land Rover models, as well as a 30,000 sq. ft. product research, training and development center. The building hosts 78 conference rooms and meeting spaces, 498 workstations and over 85 indoor and outdoor wireless access points to allow for a more collaborative workspace and open environment. Electric vehicle chargers are available on site for employee use. In an effort to be more sustainable and source from local vendors, all catering in the building is provided by Dartcor Food Services, a local New Jersey farm-to-table food service vendor, all coffee is sourced from a New Jersey coffee roaster, and all paper products in the building are eco-friendly and recyclable.

The company is coming off of a consecutive record-setting year in 2017, with sales reaching an all-time annual record for the two brands combined, up 9% to 128,098 units in North America. The growth was marked by the addition of the Jaguar E-PACE compact performance SUV to the ‘PACE’ family of Jaguar SUVs, as well as the addition of the fourth member of the Range Rover family, the Range Rover Velar. The Jaguar brand was also recognized as one of the fastest growing premium brands in the U.S. market for the second year in a row.

For additional information about the latest Jaguar and Land Rover vehicles, visit us.media.jaguar.com and us.media.landrover.com.

We employ more than 43,000 people globally and support around 240,000 more through our dealerships, suppliers and local businesses. Manufacturing is centered in the UK, with additional plants in China, Brazil, Austria and Slovakia.

At Jaguar Land Rover, we are driven by a desire to deliver class-leading vehicles, which will provide experiences our customers will love, for life. Our products are in demand around the globe. In 2017 Jaguar Land Rover sold 621,109 vehicles in 130 countries, with more than 80 per cent of our vehicles being sold abroad.

Our innovation is continuous: we will spend more than £4 billion in the coming year on new product creation and capital expenditure.

From 2020 all new Jaguar Land Rover vehicles will be electrified, giving our customers even more choice. We will introduce a portfolio of electrified products across our model range, embracing fully electric, plug-in hybrid and mild hybrid vehicles as well as continuing to offer ultra-clean petrol and diesel engines. 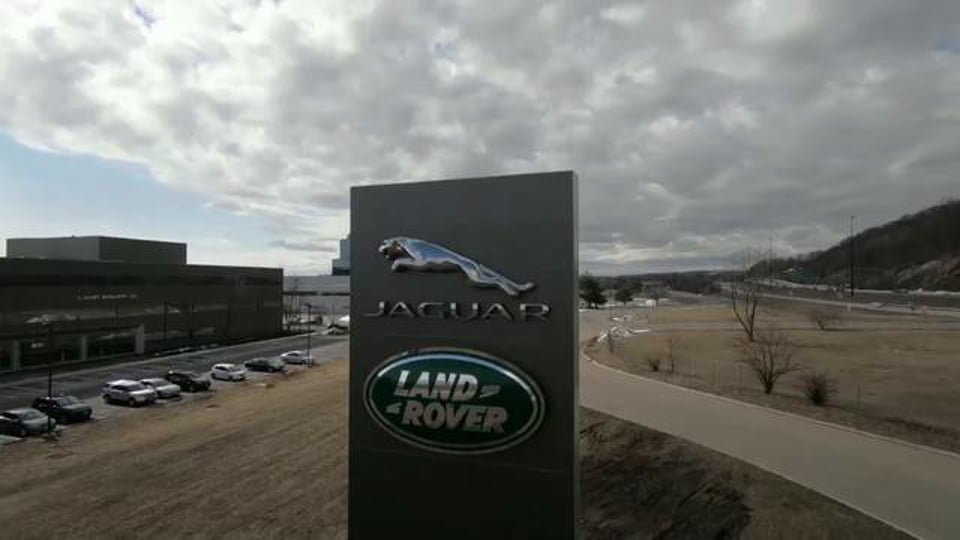