Plug and Play UK programme kicks off today as organisations join founding partner Jaguar Land Rover on mission to bring innovation through technology, processes and tools to the mobility sector.

Recently created by global innovation platform and prolific early-stage investor Plug and Play, alongside founding partner Jaguar Land Rover, Plug and Play UK will create an innovation hub that is the first of its kind in the UK. The programme will build an ecosystem of start-ups and scale-ups, corporates, investors, and academia to explore the challenges and solutions that will define the future of the mobility sector, create jobs, and help shape the digital economy.

Plug and Play UK is part of Jaguar Land Rover’s global Open Innovation strategy, which aims to explore technologies, processes and tools to accelerate the delivery of its Reimagine strategy.

As one of the UK’s leading research-led universities, the University of Warwick will play a pivotal role within the programme, including:

Stuart Croft, Vice-Chancellor at the University of Warwick, said:

Becoming the founding academic partner to Plug and Play UK’s Mobility programme, demonstrates our commitment to cutting-edge research and long-term commercial partnerships. We will bring our rigorous approach and globally leading thinking to support exciting new start-ups both in the West Midlands and further afield.

Vice-Chancellor at the University of Warwick

The Advanced Propulsion Centre provides funding and support to organisations building cutting-edge technologies, with the mission to achieve green transport. It also manages the £1 billion Automotive Transformation Fund, which invests in ventures contributing to the development of a high-value end-to-end electrified automotive supply chain in the UK.

This initiative will encourage collaboration and innovation to grow, bringing together UK-based automotive and mobility-related organisations, investors, and the wider ecosystem. We hope it offers opportunities for development in products and processes to the corporate partners signed up, as well as providing a much-needed boost for tech start-ups to accelerate their progress.

CEO at The Advanced Propulsion Centre

Zenzic brings together industry, Government and academia to accelerate the development of the UK’s connected and self-driving vehicle ecosystem. It already collaborates with Plug and Play to run the CAM Scale-Up programme, which offers selected start-ups and SMEs opportunities to develop innovative connected and autonomous mobility solutions at pace.

The Plug and Play UK Mobility programme will interact with other mobility-focused Plug and Play programmes in locations around the world, including Silicon Valley, Detroit, Stuttgart, Modena, Beijing, and Shanghai, which support more than 70 mobility partners. 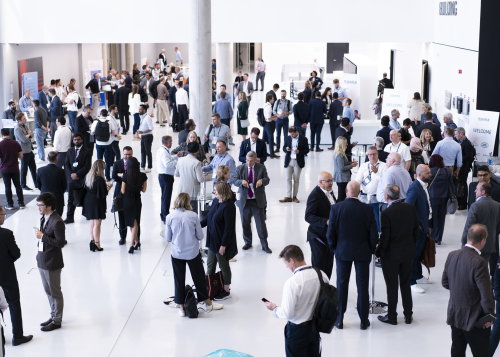 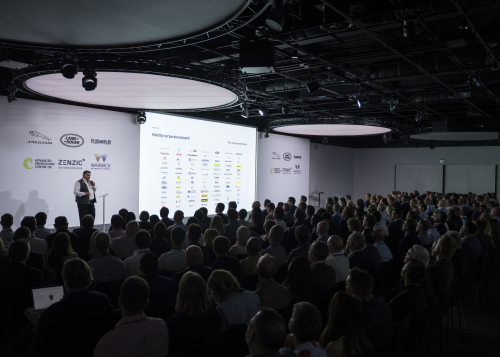 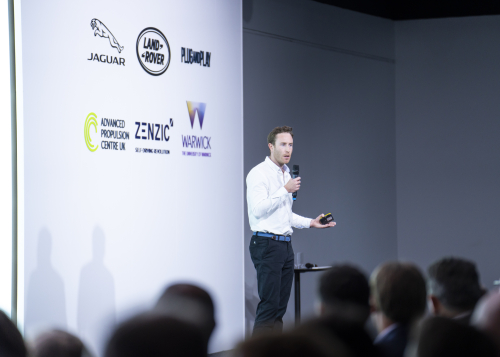 The innovation required to deliver an economically and environmentally sustainable future for mobility - and one that also delivers high-quality customer experiences - will depend on collaboration between a broad spectrum of stakeholders from across the private and public sectors, from OEMs to local and central government, academia to investors, and of course innovators, entrepreneurs, and start-ups. With the University of Warwick, the Advanced Propulsion Centre, and Zenzic joining founding partner Jaguar Land Rover as part of our Mobility programme, we’ll be launching later this month with an impressive group of collaborators - and there will be more to come!

Director of Plug and Play UK

Plug and Play UK’s Mobility programme will leverage the National Automotive Innovation Centre - located at the University of Warwick - for key programme elements, alongside other sites according to partners’ needs.

The University of Warwick offered unrivalled academic expertise in this sector, and by collaborating with them through Plug and Play UK’s Mobility programme we will be able to develop the technologies of the future. The hub’s home at the National Automotive Innovation Centre (NAIC) is strategically close to our key research, engineering, and manufacturing sites, which will enable us to foster a true Open Innovation culture across the entire business. Alongside the new partners announced today we will help shape the future of mobility for our customers and beyond.

Further partners to the programme will be announced soon.

To help the company meet this objective, Jaguar Land Rover has committed to reducing greenhouse gas emissions across its operations by 46 per cent, and across its value chains by 54 per cent, by 2030. The goals, which are approved by the Science Based Targets initiative (SBTi), confirm the company’s pathway to a 1.5°C emissions reduction in line with the Paris Agreement.

About Plug and Play
Plug and Play is the leading innovation platform, connecting start-ups, corporations, venture capital firms, universities, and government agencies. Headquartered in Silicon Valley, we're present in 40+ locations across five continents. We offer corporate innovation programs and help our corporate partners in every stage of their innovation journey, from education to execution. We also organize startup acceleration programs and have built an in-house VC to drive innovation across multiple industries where we've invested in hundreds of successful companies including Dropbox, Guardant Health, Honey, Lending Club, N26, PayPal, and Rappi.

Since its foundation in 2013, APC has funded 170 low-carbon projects involving 402 partners, working with companies of all sizes, and has helped to create or safeguard nearly 50,000 jobs in the UK. The technologies developed in these projects are projected to save over 288 million tonnes of CO2, the equivalent of removing the lifetime emissions from 12 million cars.

With its deep sector expertise and cutting-edge knowledge of new propulsion technologies, APC’s role in building and advising project consortia helps projects start more quickly and deliver increased value. In the longer term, its work to drive innovation and encourage collaboration is building the foundations for a successful and sustainable UK automotive industry.

In 2019 the UK government committed the Automotive Transformation Fund (ATF) to accelerate the development of a net-zero vehicle supply chain, enabling UK-based manufacturers to serve global markets. ATF investments are awarded through the APC to support strategically important UK capital and R&D investments that will enable companies involved in batteries, motors and drives, power electronics, fuel cells, recycling, and associated supply chains to anchor their future.

About Zenzic
Zenzic brings together government, academia, innovators, and developers of intelligent mobility solutions in a collaborative partnership. It facilitates and supports the acceleration of the UK’s emerging connected and autonomous vehicle sector within the global transport ecosystem with resources to enable profitable growth.