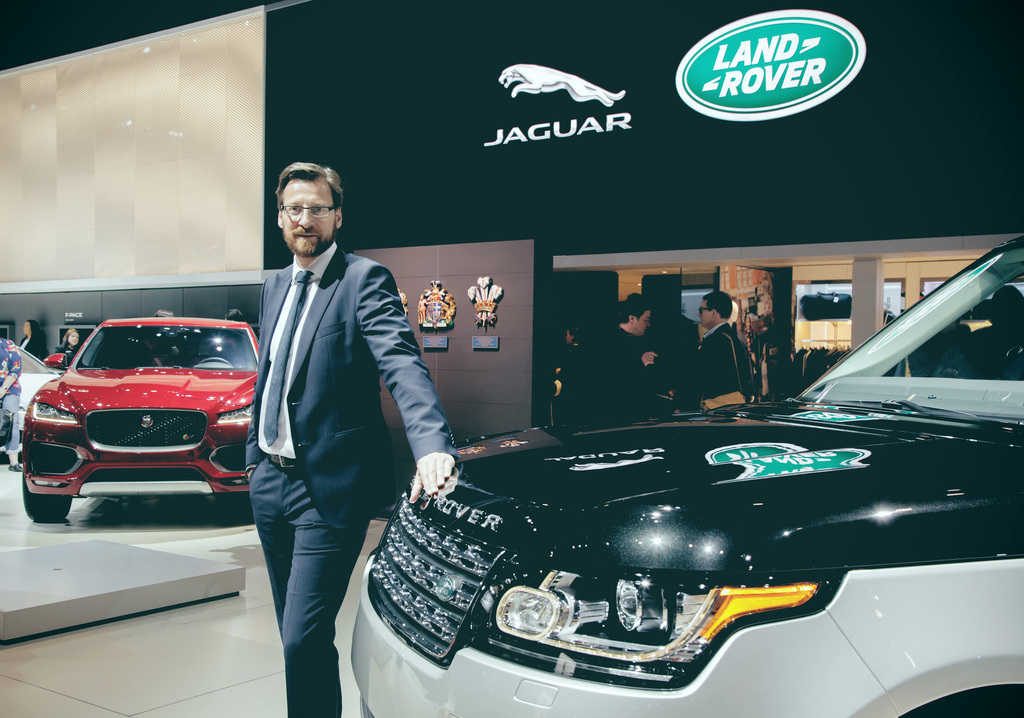 After reporting record sales in 2016, and predicting the momentum will continue through 2017, Wolfgang Hoffmann, President, Jaguar Land Rover Canada says luxury is still a driving force north of the border.

You’ve just come back from the 2017 Montreal Auto Show. What was creating the most buzz at the Jaguar Land Rover stand?

At the Montreal Auto Show the all-new Land Rover Discovery made its Canadian debut, which was obviously the big story for us. It goes on sale in Canada in May and the response has already been tremendous. While the LR4 model has always been a solid sales performer for us, I think the more contemporary styling of the new Discovery, together with its added versatility and availability of diesel power, will widen its appeal.

Did the show stand get plenty of visitors?

We live in a digital world and everyone seems to believe that when it comes to car buying, the computer is going to replace the physical experience of seeing and touching a vehicle, but as Montreal showed, with the third highest attendance in its history, people love to see new cars in the metal, and we had great attendance at the show stand. People came to the show to see our new Discovery, to see the new Jaguar F-PACE and XE models, and get excited about the Jaguar Formula E racecar we brought along.

You had a great sales success story to tell Canadian journalists on the Montreal show press day. Can you tell us more about that?

That’s for sure. 2016 saw all-time sales records for both Jaguar and Land Rover in Canada, and not just by a small margin; with 3,304 units sold for Jaguar and 9,140 for Land Rover, we were up a combined 35 percent over 2015. Right now we are the fastest-growing automotive premium brand in Canada with 134 per cent growth year over year.,. The momentum continues as we just announced our best combined January sales ever.

How do you expect sales to be in the coming year?

I think it’s widely agreed that the total new vehicle market in Canada will plateau, or fall slightly, but I strongly believe the premium market will continue to grow and with the product line-up we have at Jaguar Land Rover right now, I’m confident the demand for our vehicles will continue to be strong. Add to that the arrival of the all-new Discovery, the new 2018 Jaguar F-TYPE, along with the continued demand for the new F-Pace and XE models, I feel our momentum will continue.

How successful have Jaguar and Land Rover new diesel models been in Canada?

Diesel has become a significant part of our model mix. On the Range Rover Sport, it’s been running at over 40 percent. Even the full-size Range Rover, which traditionally has a high-percentage of V8 customers, we are seeing 25 percent of models being the TD6 diesel. It’s obviously less so on the Jaguar side, but there is good demand for diesel, especially in the XE and XF.

Canadians generally have a love of high-end luxury models. Is that the case with Jaguar and Land Rover?

Most definitely. Canada is one of Jaguar Land Rover’s largest markets globally for the F-TYPE sports car range. Worldwide, we are the top ten for full-size Range Rover. John Edwards who heads-up Jaguar Land Rover SVO division in the UK always greets me with a huge smile because Canada takes so many of his SVR models. We recently introduced the 575-hp F-TYPE SVR and the response from our customers has been amazing. Now we’re looking forward to getting the flagship Range Rover SVAutobiography.

How strong is the Jaguar Land Rover dealer network in Canada?

Our retailers agree with me that in preparation for the growth we’re planning in the coming years, we need to expand our coverage. In the next 24 months, we will increase the size of the network, from our current 25 dealerships to 32. Our retailers are also investing heavily in adopting Jaguar Land Rover’s new ARCH corporate identity, bringing the two brands closer together and giving the showrooms a completely new look inside and out. By the time all our retailers have been updated, they will have invested $300 million. We already have Jaguar Land Rover Langley up and running, and Jaguar Land Rover Lakeridge’s new facility outside Toronto opens in a couple of weeks.

What else is exciting you as you get into 2017?

The coming months will see us working with our retailers to prepare the groundwork for bringing the Jaguar I-PACE to market in 2018. This will truly be a landmark vehicle, the ultimate electric performance SUV and a really exciting vehicle for the Canadian market.