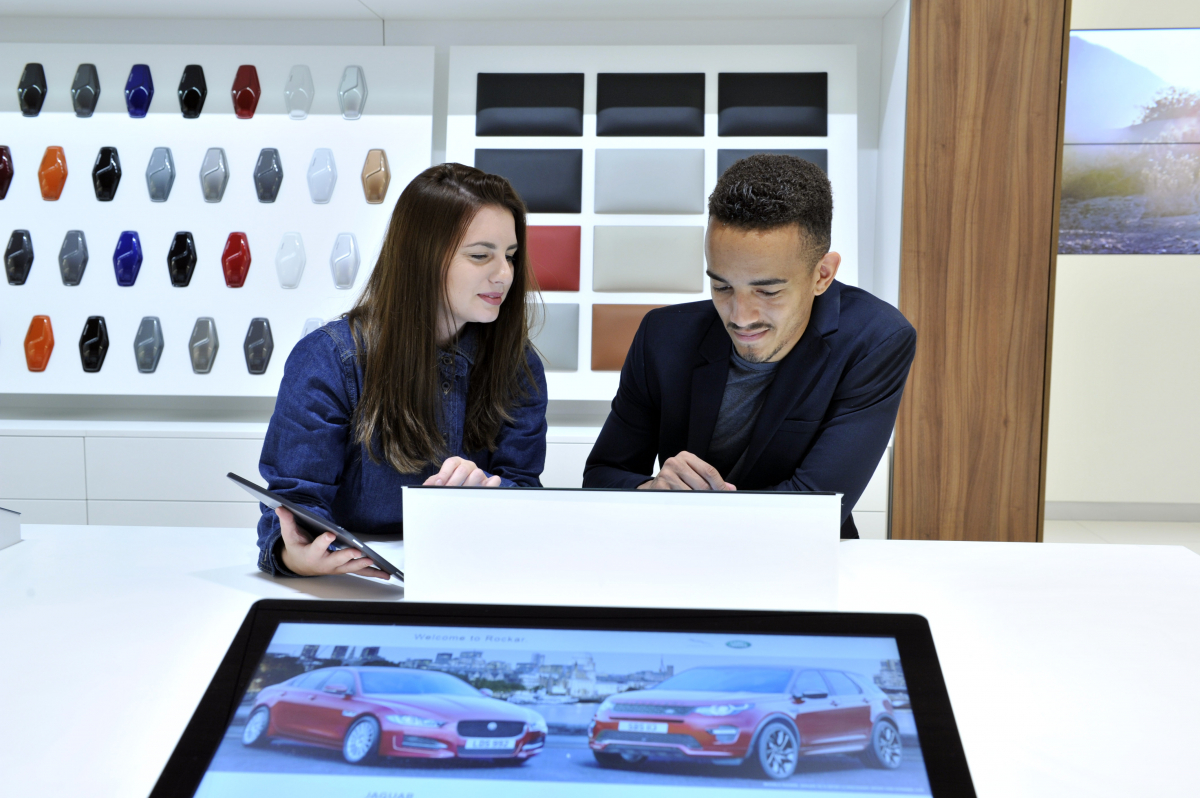 Jaguar Land Rover, in partnership with Rockar, has officially opened its newest retail store at the Westfield Stratford shopping complex.

Recruited from the luxury goods and fashion sectors, Angels are there to offer advice and product information only - Angels are not set targets or earn based on sales results, they have one sole objective, and that is to put their customers’ requirements first. For total transparency, Rockar offers a no-haggle policy on all transactions extending to finance options, part-exchange and vehicle price.

Taking the negotiation out of the transaction means that Angels are able to offer bespoke support to customers, whether it’s to chat to curious browsers, guide customers through spec and colour choices or just provide the space for customers to do their own research in peace and quiet. There is a tactile ‘create’ space where customers can explore design options, and six vehicles are on display for them to sit in.  Customers are encouraged to relax in the store, a stylish and sophisticated space, where they can sit with one of the store’s tablets, book a test drive, arrange finance and even trade in their existing car, before hitting the ‘buy’ button, should they wish.

Alternatively, Rockar Jaguar Land Rover Westfield customers can complete the whole transaction from home – or, anywhere with an internet connection, this means that the Rockar system can be completely tailored to any customer, ultimately customers conduct the transaction themselves online, either in store or remotely, with the help of Angels or without.

As the Jaguar Land Rover family grows with great new models and new buyers, our approach needs to adapt with relevant, innovative ways of engaging a new type of customer. We have been looking at how we can offer our customers more choice and more flexibility over how they buy a Jaguar or Land Rover, and adding the Rockar model to our network adds an exciting way to do just that.

Rockar has responded to a shift in purchasing behaviour to create a car retail experience that responds to consumers’ changing needs in today’s digital age. Our research has revealed that customers are looking for more accessible ways to buy a car that are more aligned to how they shop for clothes, food and gadgets. Rockar’s recent success has proved this research with over 60% of its customers now buying online.

Jaguar Land Rover became the largest automotive manufacturer in Britain in 2015, producing more than 500,000 cars at its three manufacturing plants in Solihull, Birmingham and Liverpool.

Since 2009 it has recorded consecutive years of growth, doubling its global and UK volume in the following six years. In March 2016, a Jaguar Land Rover product was sold every two minutes. It is also one of the UK's largest exporters and generates over 80% of its revenue from exports.

Jaguar Land Rover is the UK’s largest automotive sector employer, employing over 35,000 people in the UK, including 2,500 apprentices and graduates, as well as supporting around 275,000 additional UK jobs through its retailers, suppliers and local businesses.

Thanks to its lightweight aluminium architectures, world-class design department and ultra-efficient Ingenium engines the Jaguar Land Rover model range is among the most stylish, most efficient and most high-tech on the road.

Estimates suggest that 60% of customers will complete their purchase online having visited the store.

Supporting the Westfield Stratford store and Rockar websites is a dedicated Service Centre based a mile away in Bromley-by-Bow which will be the operation that prepares new cars for delivery, service, maintenance and warranty works.  In November, a handover centre will also be available in the Westfield Stratford car park as an extension of the care and service customers experience when purchasing a new car with Rockar Jaguar Land Rover.

The new store joins Jaguar Land Rover’s network of 201 UK retailers. The Jaguar Land Rover UK network is currently undergoing a major £1bn overhaul that sees a new design scheme housing both Jaguar and Land Rover franchises under one roof. The open, customer-centric design with business lounges, family-zones and ‘barista’ coffee bars will be rolled-out by all UK Jaguar Land Rover retailers by 2020. 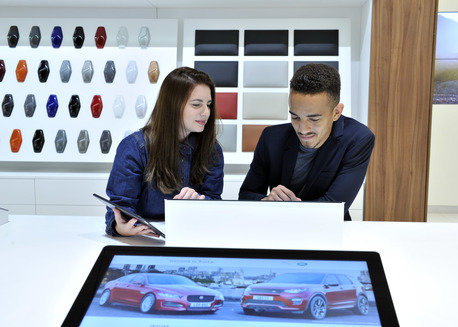