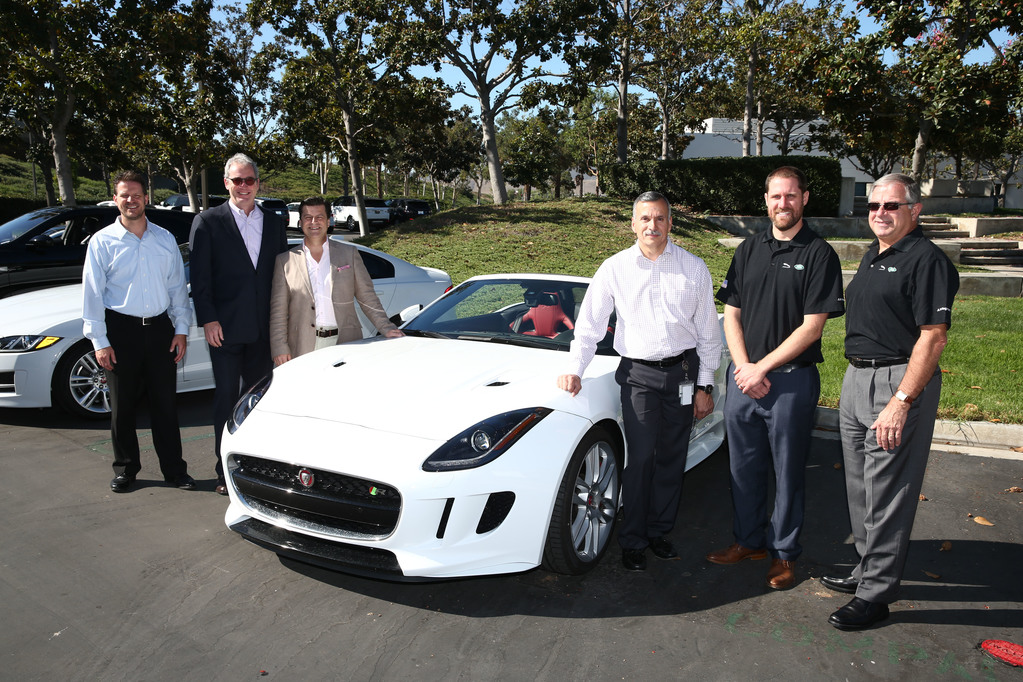 Description
Jaguar Land Rover opened the doors of its new Western Region Training Academy this week as part of its continued initiative to help retailers hire former military Veterans for their service operations.

Jaguar Land Rover opened the doors of its new Western Region Training Academy this week as part of its continued initiative to help retailers hire former military Veterans for their service operations. Jeff Jennings, Director of Training, Jaguar Land Rover North America, explains why this first Open House was such a success.

Jaguar Land Rover opened the doors of its new Western Region Training Academy this week as part of its continued initiative to help retailers hire former military Veterans for their service operations. Jeff Jennings, Director of Training, Jaguar Land Rover North America, explains why this first Open House was such a success.

Can you tell us about the Open House event?

This was a terrific opportunity for Jaguar Land Rover to showcase to Veterans our new training academy in Irvine, Calif. In Southern California especially, skilled Veterans are in great demand by auto retailers, so we wanted to show-off this true, state-of-the-art facility on the one-year anniversary of its opening. The day also gave Veterans the opportunity to talk to representatives of CALIBRE Systems Inc. who are helping Jaguar Land Rover with recruitment. They were also able to meet with a number of service managers from local Orange County retailers, take part in technical demonstrations and kick the tires of some of the latest Jaguar and Land Rover models we had on display. It was a real success.

You launched the Jaguar Land Rover Veteran Careers Program in April. How has it been going?

It’s been going really well. So far our retailers have hired around 62 Veterans for service technician roles. We kicked off with 81 of our 217 retailers signing-up to be part of the program. That number has now more than doubled to 168. Right now our retailers have 84 job openings currently posted - more than 30 alone in California - putting us on track to meet our target of 180 hires by the end of the year. Our next Fast Track Veterans training program at our Atlanta center is already fully booked. We also just announced that in addition to recruiting service technicians, we are now looking to recruit Veterans for Service Advisor and Parts Professional positions. 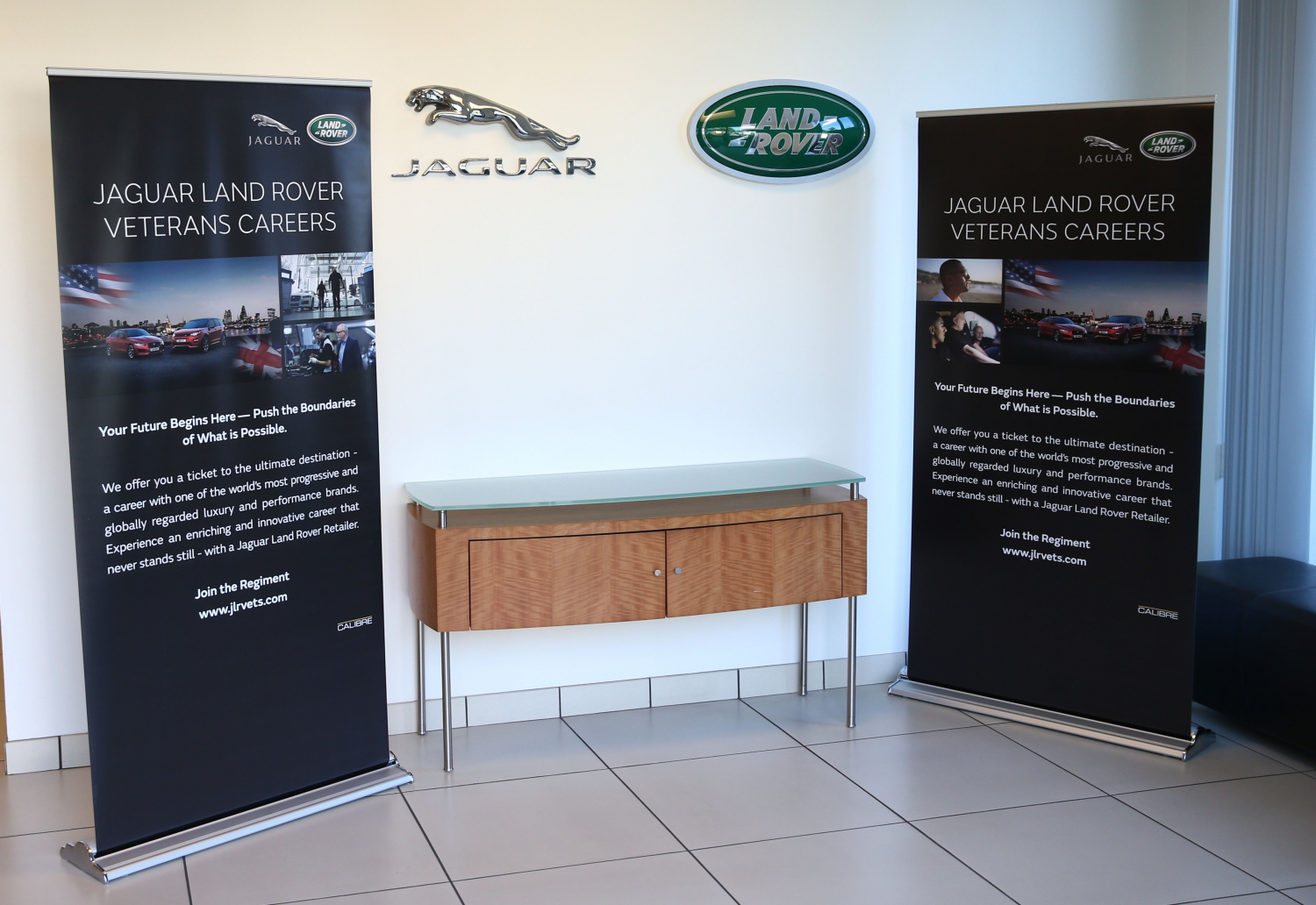 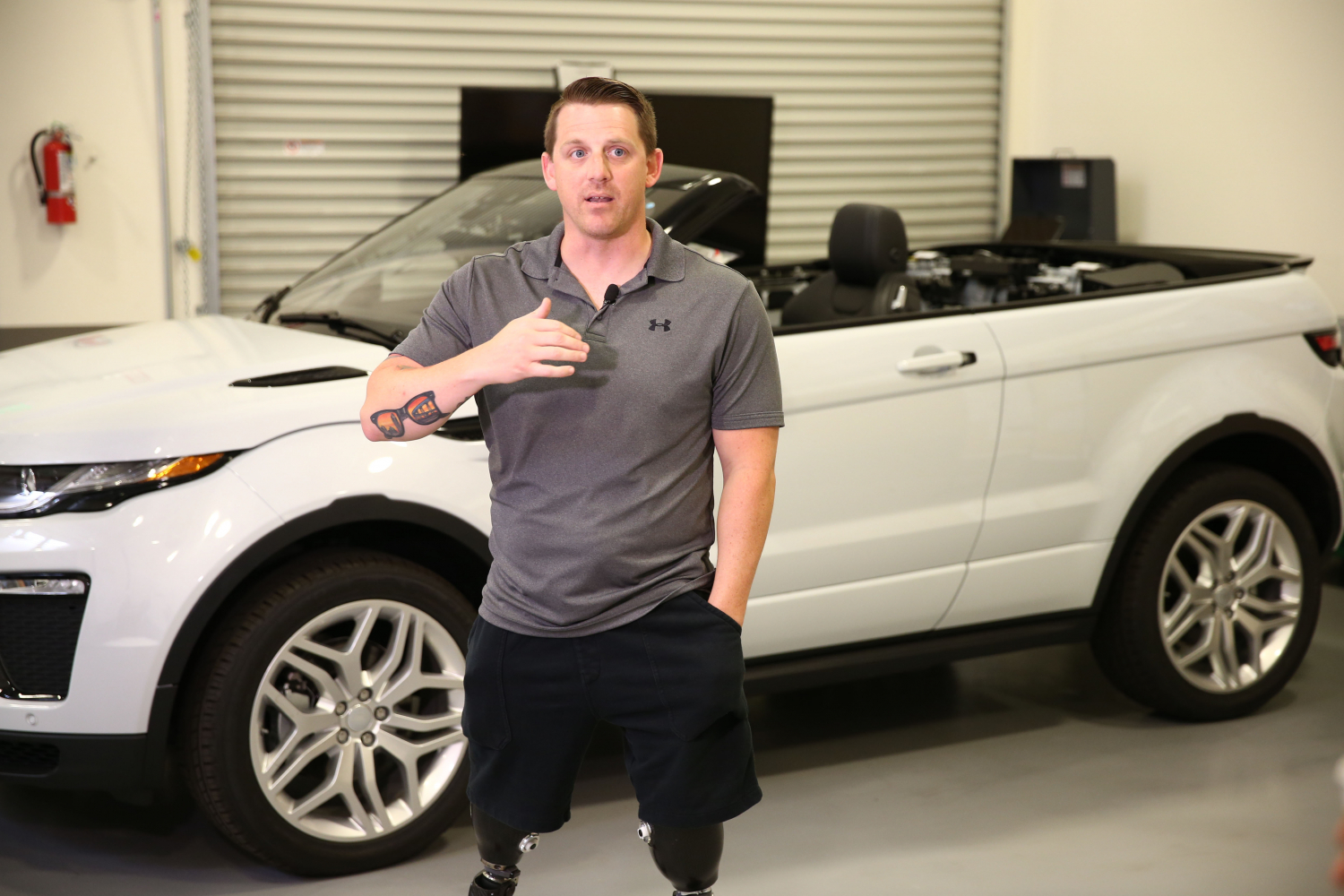 What do these two jobs involve?

These are key roles in the service side of the dealership. The Service Advisor is the person an owner comes in contact with the moment they drive their car into the service lane. The job requires great communication skills, a deep technical knowledge, the ability to interact with, and manage, different people and, of course, a big smile. The Service Advisor is so often the ‘face’ of the dealership in dealing with owners. A Parts Advisor works at the parts counter and has to deal with customers as well as the retailer’s own technicians wanting parts for vehicles they’re working on. Both jobs require great organizational abilities, efficiency, and self-motivation - qualities that so many of our Veterans have in spades.  We had one vet, that stood out yesterday, that would be perfect for a service advisor or parts advisor role.  His name is Staff Sergeant Brandon Dodson, from San Diego California.  He was wounded in Afghanistan by an IED and lost both legs.  He has these unbelievable prosthetics that allow him to get around very quickly; even running sprints to compete in Paralympic games.  The guy does marathons using only his arms.  Incredible!  We hope to see him competing for Team USA at the Invictus Games in Toronto next year.  He was not shy at all in front of the news crew we had on site and would be perfect in a customer-facing role.  Plus, he already drives our product; a 2015 F-Type V8 S and a 2015 Range Rover Sport HSE. We hope one of our San Diego retailers picks him up!

How satisfied are the retailers with the candidates you are sending them?

We are getting extremely positive feedback. As you’d expect, former service men and women tend to be extremely disciplined, are highly-motivated and really understand structure. It’s in their DNA. More and more of our retailers are realizing this and are signing-up to join the program. We are already at 77 percent of the network and that’s increasing pretty much every day. Hiring Veterans is proving to be a smart business decision for Jaguar Land Rover and our retailers, and absolutely the right thing to do.

What are the next steps in the JLR Veterans Careers Program?

Currently our main Atlanta training facility is the only place where we are training Veterans and running our Veterans Fast Track training program. That will change when we complete the major expansion at our Irvine Training Academy and add a third workshop. In the meantime, our recruitment teams are focusing on taking part in career fairs at military bases around the country - they’ll be at eight this month alone. We also have an Open House planned at our Atlanta training facility before the end of the year and then another at our new Mahwah headquarters once it is complete.