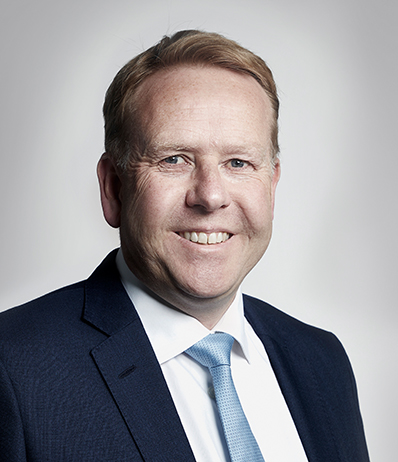 Nick Collins was appointed to the position of Executive Director, Vehicle Programmes in November 2020, and leads all vehicle programmes as well as Product Strategy and Special Vehicle Operations, integrating the business to bring the Reimagine strategy to life.

For the past 25 years, Nick has been at the forefront of the automotive industry with experience of leading vehicle development teams in the UK, Germany, Brazil, and Turkey.

Nick began his leadership career in 1993 in Product Development at Ford Motor Company and progressed through multiple vehicle programme and strategy roles, including Chief Programme Engineer for Fiesta ST. In 2007, Nick became Director of Business Associations Ford of Europe, leading multiple partnership projects as well as working on the divestiture of Jaguar Land Rover and Volvo from Ford Motor Company.

In 2010, Nick moved to Germany to the position of Vehicle Line Director Global B car, where he led multiple global vehicle development projects based in centres across Germany, Turkey, and Brazil, and launched across ten global manufacturing sites. In 2015, Nick joined Jaguar Land Rover as Vehicle Line Director, with responsibility for the delivery of Range Rover, Range Rover Sport, Discovery, and the introduction of New Defender. Following the successful development and industrialisation of New Defender, Nick joined the Jaguar Land Rover Board of Directors, charged with reimagining the approach to vehicle programmes to unlock their full potential.

Throughout his career, Nick has always been deeply committed to product and business excellence, believing all great cars have true personality, which emotionally capture their owners’ hearts through their combination of design, quality, and vehicle attributes. His leadership principles centre on the power of the team, integrity, openness, and trust, and he sees every challenge as an opportunity create a better outcome. Influenced from both professional mentors and his years of sailboat racing he believes in creating a fun yet challenging environment of support and empowerment, without fear of failure limiting the possibilities. He is embedding these within Jaguar Land Rover’s Agile transformation in programme delivery.

Nick graduated from Nottingham University with a degree in Mechanical Engineering and later gained an MBA from Henley Management College.